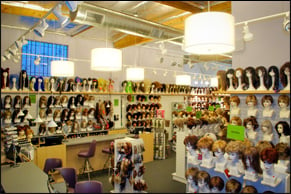 Started in 1967 in Los Angeles's San Fernando Valley by the late Ralph Sampson (spelled differently than the Biblical Samson), it’s fair to call Wilshire Wigs & Accessories the original wig and hair goods super store. Almost 50 years later, it’s still one of the biggest out there, boasting the industry’s largest showrooms, with well over 1,000 wigs on display and tens of thousands more in stock. While never located on Los Angeles’s famed Wilshire Boulevard, Ralph, a recent transplant from Chicago, chose the name to convey the sunshine, glamor and optimism of his new home. 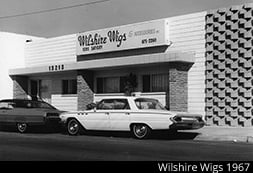 When the store first opened, Wilshire Wigs originally sold exclusively to the beauty trade and to smaller wig shops around the country, but the business grew steadily over the decades. By the early 1970’s, Wilshire Wigs expanded to bring its warehouse direct prices and selection to the public. In 1978, a new division was added, Silhouette Hair For Men, to provide discriminating male customers with the finest quality hair replacement available as well as top quality styling, all at the best possible price. In 1997, Wilshire Wigs moved from our original location to a 10,000-square-foot facility in Los Angeles’s NoHo Arts District while also launching wilshirewigs.com, allowing us to bring our selection, warehouse pricing, and top-quality services worldwide.

Located nearby most major movie and television studios, Wilshire Wigs has been a primary supplier of hair goods to movie and television productions since its inception. We have provided wigs, mustaches, hair extensions, and other hair goods to countless movies including Dreamgirls, Memoirs of a Geisha, Dukes of Hazzard, Austin Powers in Goldmember, Pirates of the Caribbean, The 40-Year-Old Virgin, Be Cool, Lords of Dogtown, Mission: Impossible III, The Legend of Zorro. For the $2 billon grossing film Titanic, Wilshire Wigs supplied the 11-time Academy Award winner with many hundreds of period wigs. 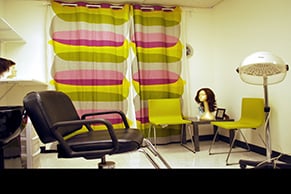 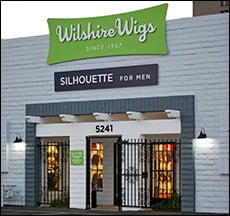 With our staff of stylists and ventilators —“ventilator" is the technical name for someone who sews hair— we can do anything you can imagine with hair. We've made custom wigs for a pig (!), a twenty-foot long "Rapunzel" wig that an actor used to climb the side of a building, and high-quality custom-made lace wigs for film close-ups. We do simpler things as well, such as adding hair to hairpieces, general repairs, and re-sizing wigs. If you are looking for wigs, hair goods, bulk hair, hair add-ons and additions, hair extensions— really anything to do with hair— then you'll find it here... and at the best possible prices you'll find anywhere.

Here are some recent films and TV shows we've worked on: